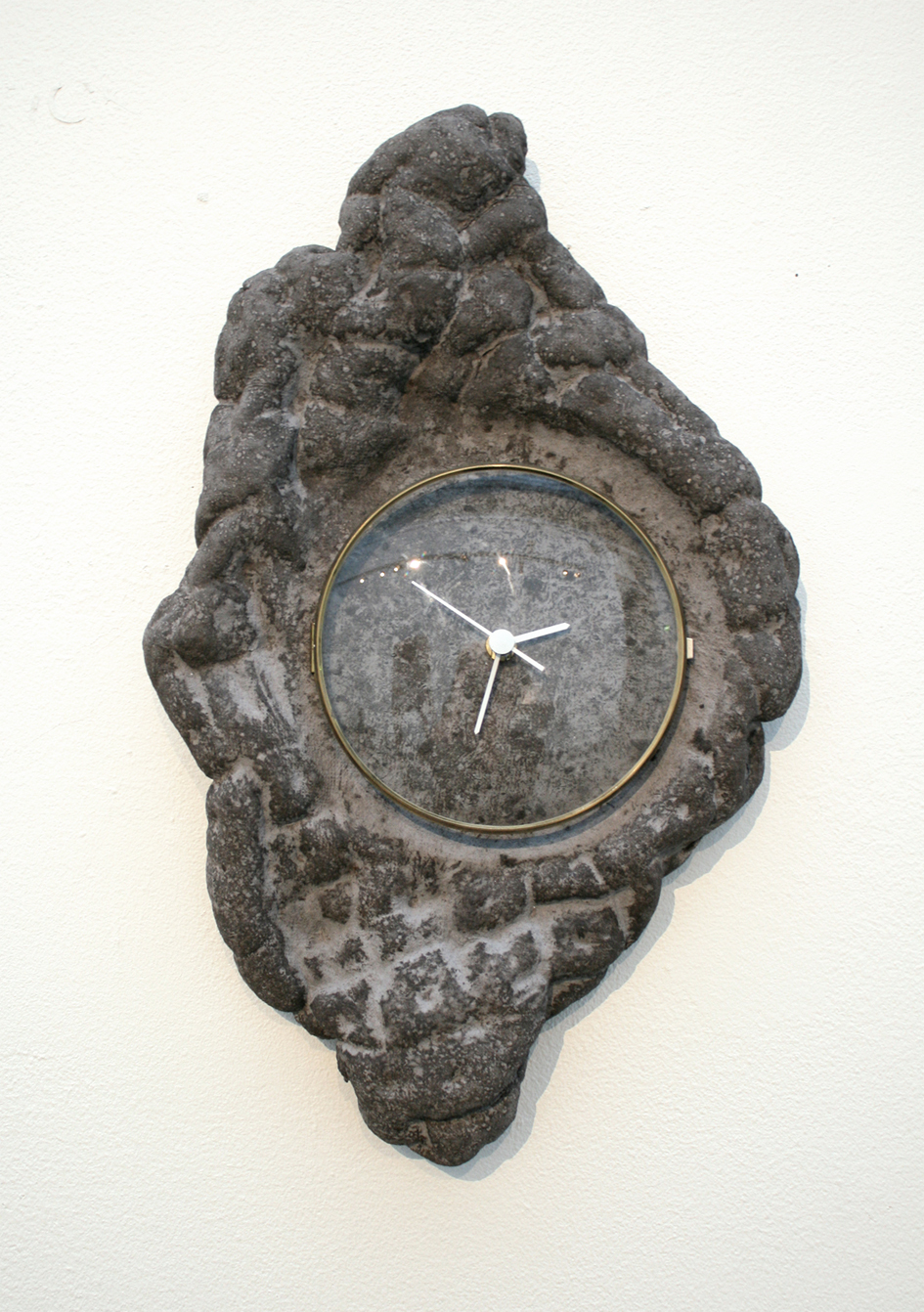 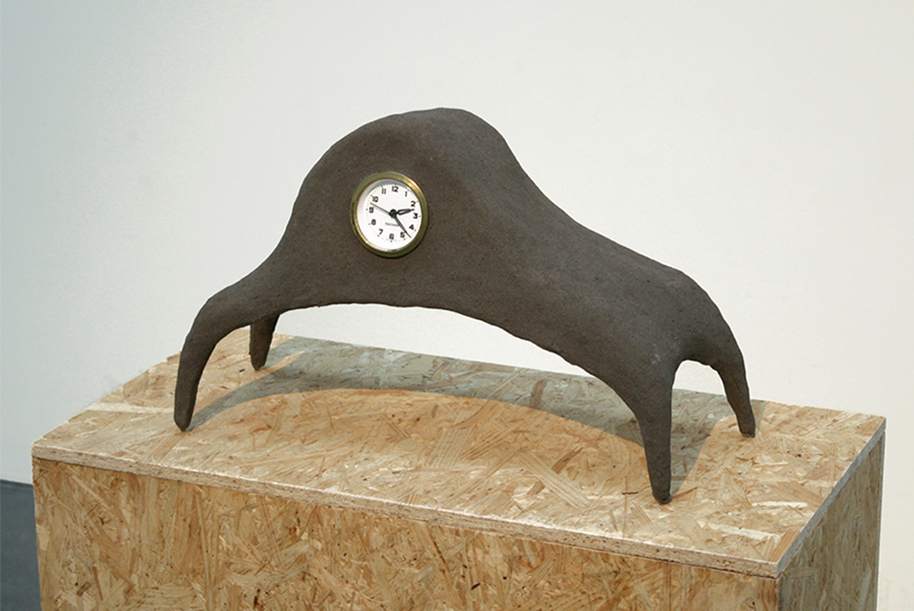 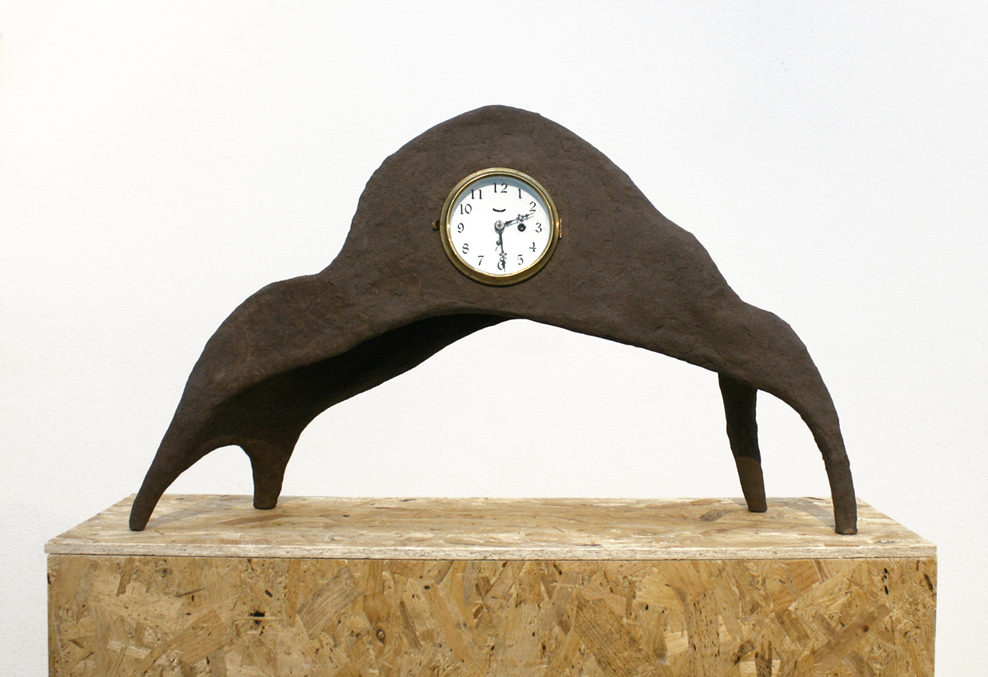 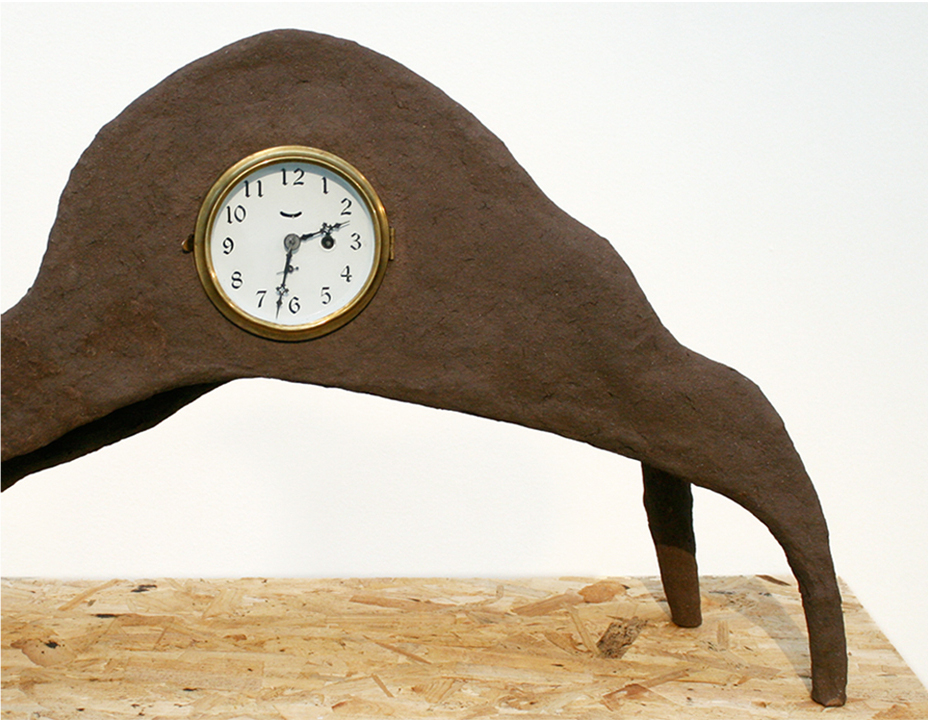 2010
This collection of clocks is derived from the project the “the collector” in which I examined the human phenomenon of collecting. They are moulded and sculpted in “Cowdungpulp”, which is a method I developed, inspired by the adobe building culture using clay, paper, starch and in this case, peat and let it harden only through the drying process.

The clock details are taken from antique clocks that I started collecting as part of the fieldwork involved in the project. The design is inspired by well known clocks in our design history. Such as the pendulum is a my version of the thypichal gold painted pendulum clock that was a common interior detail in swedish livingrooms in the sixties. Today they are more likely to be found in fleemarkets and antique shops.